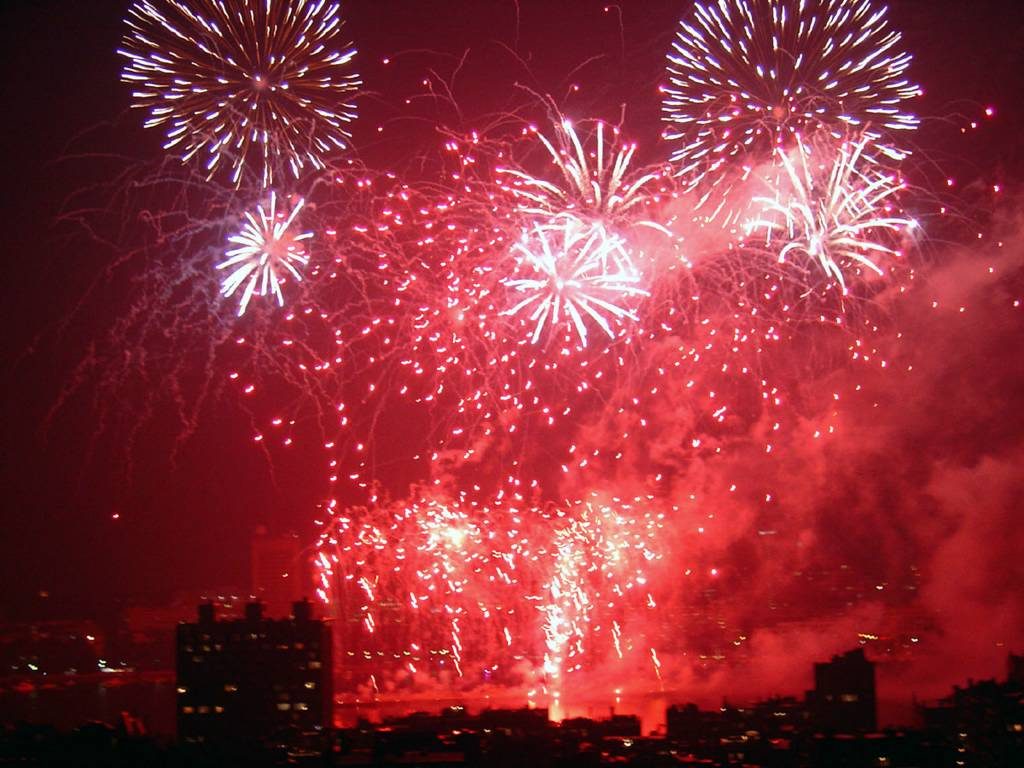 His/Her Tasks to Insure Sexual Fireworks in the Bedroom on the 4th!

Last year’s Fourth of July had been a bust for my patients, Allen and Beverly – no sexual fireworks, not even a sparkler.  He had hoped the extra vacation day would be like a Saturday and start with sex.  Instead, the children had snuck out early to play with weighted cap-rocket bombers waking the neighbors, precipitating phone calls from said angry neighbors, waking his wife who was then in a bad mood.  Not to be deterred, he got up cheerfully to make everyone’s breakfast, but his wife’s stress over preparations for the afternoon party put the children in bad moods. After mowing the lawn as was his duty on the hottest day in July, he realized that sex wasn’t going to be part of the day’s agenda and he got in a bad mood.

Beverly couldn’t understand why her husband had thought sex would happen in the morning on the day of their huge annual party.  He knew she had more details to handle than on any other day of the year.  In her mind, after the running around, they would all relax, drink a little, enjoy the company and maybe be romantic.  She imagined Allen complimenting her on her pretty new sundress.  She thought they’d put their arms around each other as they watched the children’s bike parade and snuggle during the homemade firework display.  Instead Allen, had ignored her.  He was friendly enough with the neighbors and the children but didn’t touch her all day.  When she had asked him what was wrong, he had said that he hated their annual party which surprised and disappointed her, especially because she had invited not only his drinking buddies but his family to boot.

Maybe it was regarding a different holiday or celebration, but I’ve heard this story hundreds of times over the years.  You and I have probably lived it once or twice too.  The big day’s here again!  Let’s change the outcome and have fireworks in the bedroom tomorrow night!  How do we do it?

Exciting sex happens when two important elements are present—fantasy and seduction.  Every woman with a party planned just rolled her eyes at my adding fantasize to her to-do list.  But actually Beverly had already been fantasizing part of the build-up to a sexual encounter.  Fantasy is the bridge from one feeling state into another.  It’s how we change from being absorbed in our family or work to being ready to set it all aside for intimate pleasure.  It is the action that we can take rather than thinking desire will just spontaneously happen. How do you get yourself in the mood?

1)      Eat at regular times throughout the day instead of saving calories for the evening.  Not eating makes us all cranky.  Essentially, make sure to nurture your physical self in all ways.

2)      Plan the busy day to include 1 hour of rest.  Wink at your husband and remind him you need a nap.  Just take the time, for a bit of peace and quiet and cool.  No one will care if the baseboards in the bathroom aren’t freshly wiped.  Ask your husband to be completely responsible for some detail or for all the children during your alone time. You need to be a little bit selfish before you can share.

3)      For 5 of the minutes before you drift off to sleep fantasize about something sexual.  Pull out Fifty Shades of Grey.  Imagine the sexiest encounter ever.  Remember going to Fourth of July parties when you were a teenager?  How did you get ready if the boy you liked was going to be there? Fantasizing was what made you giddy with excitement.

4)      Focus on your husband’s positive sexy traits: the way he looks in jeans, his smile, his hand on the small of your back, his laughter when you say something only he understands.  We can induce a near post-hypnotic state when we tell ourselves something right before sleep.  Make sure you don’t tell yourself about all you need to do when you wake up or you’ll defeat the sexy purpose of your time.

6)      Set the mood before you leave your bedroom.  Have candles ready to light.  Make sure the room is cleared of laundry.  Lay out lingerie to remind you to put it on tonight! Build your fantasy with the setting.

7)      When your guests arrive and ask, “How can I help?”, have a list ready.  Good hostesses make other people feel important by making them feel needed.  Don’t do everything yourself.  Save some energy for love.

8)      Be ready with a warm response when the party starts and your husband’s mood improves.  Try to imagine his response when he opens the bedroom door and sees your red-spangled, baby-doll nightie. You are fantasizing and it’s so easy.

I gave Allen similar instructions for this year’s party.  First, to clear things up, I asked him to explain his comment about hating the annual party.  He loved the party really; he just felt that it was special for everyone else except for them as a couple.  Looking forward to sex would make it special and exciting.  I challenged him to be more seductive.

Seduction by definition means to deliberately entice someone to engage.  At first, Allen thought he shouldn’t have to ask anymore.  He thought Beverly either wanted him or didn’t.  This resistance in men to continuing romantic seduction once married seems to be common.  During dating and early love, seduction is nearly instinctual in them.  But in marriage, this effective tool to spark their love life is laid aside.  And getting laid is fewer and farther between.  Here are some tips for the Fourth of July.

1)      I know this is a sex blog but forget morning sex on the Fourth of July if you are the host family or if you have children.  Kids are amped on this holiday and need quite a bit of attention to make it through to dark. This isn’t an ordinary day. Pitch in. Expect your wife to be stressed for most of the day.  Tolerate the stress and don’t add to it with impatience.   Forgive as soon as the party starts.  Seduction begins with support—ask any woman.

2)      Thank her for all her hard work.   Let her overhear you bragging about all her efforts to your friends or more especially your mother.  Appreciative words turn women on.

3)      Tell your wife how attractive she looks.  Say it a couple of different ways.  You forget this step and nothing will happen—guaranteed.  She wants to know that she is desirable to you.

4)      Catch her eye at least 3 times throughout the party—raise your beer, smile, wave and smile. Eye contact and noticing her tells her she is important to you.  Seduction of women includes a love of the whole self not only those particularly appealing parts.

5)      Touch her 5 times that night.  Squeeze her shoulder when you walk by.  Drop a kiss on the back of her neck.  Hug her and tell her the party is going great! Hold her hand during the parade.  Put your arms around her waist and hold her close when the fireworks start.  You are attentive, caring, and physically present. Too gentle?  Not sexual enough you think.

6)      With your arms around her in the dark whisper that you want her.  Don’t ask if she wants sex.  Don’t say you want sex.  Make it personal.  Make it about her.  Make it romantic. Tell her you’ve been watching her all day and she drives you mad with desire.

Fantasizing about sex helps a woman get herself in the mood. Seduction is what a man can do to help a woman get in the mood.  Married people believe that sexual feelings are just there or they’re not.  Nothing could be further from the truth. Try this, report back and tell me if the bedroom was the best fireworks of the night.

Laurie Watson
Laurie Watson is an AASECT certified sex therapist and licensed couple’s therapist. She lectures at Duke University’s Medical Schooland is the clinical director for Awakenings in Raleigh.
Previous Post Are You Not Attracted to your Partner Anymore? Next Post Sexual Change – Is it Genuine? (or Are They Just Doing It Because I Asked) 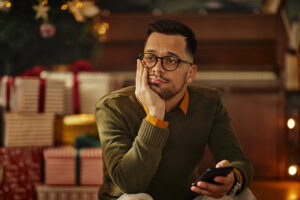 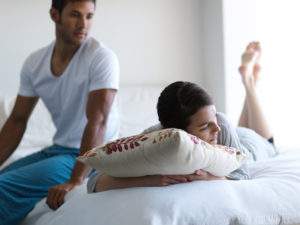 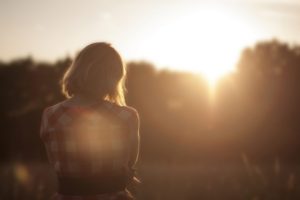 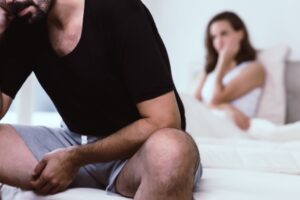